Back To Daily A Routine....At Last!

The past 2 weeks have been busy....but don't ask me what I have been doing as I really couldn't tell you any specific 'events', I think it is just having all the children at home over the past 6 or 7 weeks for the summer school break makes for a busy household.

I did manage however to get myself off to the Doctors to confirm my pregnancy and get the appropriate forms for the appropriate tests to be done, which meant a few days after that I had blood tests and a 'dating' ultrasound to find out when exactly this baby is due. As it turns out the baby is due on the 6th of September - ages away, I know! After seeing the flickering of our tiny babys heart on the ultrasound makes it all a bit more real now. I felt very excited, but also relief to see that everything was on track, so far. Next is to get over all the pregnancy nausea I have had this time around. Of my 5 previous pregnancies, I have never really suffered from morning sickness. I wouldn't say I have really been 'sick' so to speak this time either, just the yukky feeling of feeling unwell at the most inconvenient times, particularly at meal times. I am sure this will all pass soon enough though.

On another note, the girls all go back to school next week which they are all very excited about. I must admit, I am just a bit excited about it too. It will be nice to be back into the day routine that school time brings. It will also be nice to have a little bit of peace and quiet around the house during the day (not forgetting the 2 littlies will be here) - it does become very noisy with 3 older girls constantly chatting all day long. So as we all get ready for the return of school, holidays for the girls draw to a finish - they have been fun, but very long, bring on school days!!

School holidays can be so tiring. It's not that we are doing a whole lot, but just having everyone at home at once in a small house it gets crowded and noisy really quickly. By the time 3pm comes around, I need to have an afternoon sleep on the couch! I suppose that has a lot to do with my pregnancy to. I'm looking forward to Monday, I have an appointment for my first ultrasound to see how bub is going and to get a 'due date'. I had a Doctors appointment on Wednesday, he said I'm 9 weeks and due on the 8/8/12, but I'm not sure I'm that far along, I think I may be around 7 weeks.

The past few days the 5 girls and I have just been going out and doing some grocery shopping. Yesterday it was hot (like everyday here!) so we went for a swim in our pool in the morning. The water was cool, but very refreshing. We are supposed to be having a bit of a heatwave here over the next few days so I suppose swimming will be on the cards once again. The funny thing is, we swim a lot in our pool, but we live right on the beach front and although the older girls go down to the beach sometimes, I hardly ever do which means the babies miss out. Yesterday afternoon I decided to take all the girls just down the front to the beach. The 'getting ready' stage took way to long, organising drinks for everyone, getting the babies into their sun safe suits and getting their sunscreen on, getting the older girls ready - it ended up taking about 1/2 an hour. Anyhow, we eventually headed down to the beach and once we got there Topaz cried the whole time and Sapphire didn't want to leave the blanket we were sitting on as she didn't like the sand!! Not a very successful trip. I suppose I couldn't expect to much they are only little and don't go to the beach very often.

Today, I have a lot of cooking planned for Shabbat tonight. One of the things I'm making is one of my favorite meals, Pumpkin Broccoli and Chicken Hot Pot. I'm looking forward to a nice peaceful and relaxing Shabbos with my family. Shabbat Shalom! 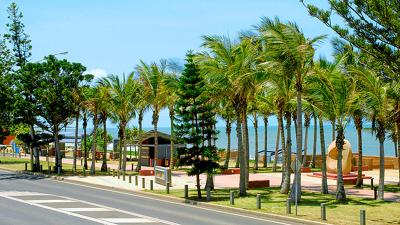 Every day it amazes me just how fast children grow. I find myself looking at my 3 'older' girls thinking  how it seems like only yesterday that they were tiny, brand new babies, and now, here they are in front of me 8, 10 and almost 12 years old. In that sense, the past 10 years has gone so fast.

Since we live in a fairly quiet and safe area we allow the girls to go out by themselves on their scooters. It teaches them some responsibility.  We have very strict rules that they must follow such as being home on time, staying together at all times, carrying a mobile phone at all times and behaving themselves whilst in public etc.

A couple of days ago, the girls were out on their scooters just down the road on the beach front esplanade. They were just playing and having fun when they saw a little boy aged about 2 or 3 years old running away from his mother, basically just being naughty. They didn't take much notice and continued playing until a few minutes later the same little boy was about to head out onto the road. My eldest daughter Jade stopped him while Amber and Ruby questioned where his mother was. The mother came stomping over and said 'I'm here!' and was really angry and snatched the boy away. The problem was, the girls had just stopped the boy from running onto the road where he could have been hit by a car (it's tourist season here and there's lots of cars around) and instead of showing some appreciation towards the girls for their fast actions, she took her anger that she had for her son running off on her out on the girls! She not only failed to be thankful but was straight up rude.

It seems all to often some people are quick to say there is something wrong with our society - that people just don't care about each other and it's no wonder when some people like this lady react as they do. I think it is fair to say the girls did the right thing and had noone taken action and her child been hit by a car she'd be complaining that noone had stopped him and society doesn't care about each other! 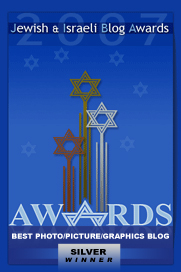 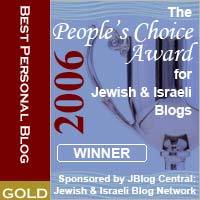 This work is licensed under a Creative Commons Attribution-Noncommercial-No Derivative Works 3.0 License.